Axel Lundén is an award-winning Swedish/American indie rock/folk artist and producer who rose to prominence in the early 2000s at the helm of the internationally renowned rock ensemble Nauru. After splitting with Nauru in 2008, he went on to release a series of critically acclaimed solo albums and play a string of sold-out tours. His departure from Nauru enabled him to experiment with new genres, which saw him eventually depart from his rock roots and settle into an atmospheric indie-folk sound in later years.

Lundén was born in Minneapolis, Minnesota, to an American mother and Swedish father. Having relocated to Oslo, Norway in his teens, he would later go on to study music production in Stockholm, where he found a home in the Swedish punk and indie scenes. Disfigured by a dog attack at an early age and subjected to years of torment by peers at school, he has long been vocal on the subject of bullying, advocating for greater interventions to support young victims in overcoming the lasting trauma often associated with such childhood experiences. Lundén came out to the public in 2004 and since then has also acted as an outspoken activist for LGBTQ equality.

Recent release: Under the Surface

In October 2012, Axel’s partner of eleven years and drummer, Micke Berg (also known from the band Attax) tragically died. In the wake of his passing, Axel committed to writing new material in an effort to cope with his grief. His most recent release, Under the Surface, arose from that period. Never one to shy away from sharing personal struggles through song, the album tackles difficult themes of mourning, loss and addiction. This release represents a departure from his previous work, pairing his haunting voice and poignant lyrics with a notably stripped down aural landscape. An uncharacteristic lack of percussion serves as an homage to his late husband. The more desolate sound associated with the record is symbolic, intended to evoke a distinct sense of absence in the listener. Indeed, the record has been described by music critic Noah Mattsson as ‘grief made aural, Lundén’s masterwork birthed from despair’.

The album was released in April of this year. Under the Surface is his first release on the newly established Global Records subsidiary Delirious Euphoria.

Please see the News page for the latest tour dates and other updates.

Axel prefers that the press photos below be utilized wherever appropriate. Should the feature include a dedicated photo shoot or if live photographs are to be used, we would request your courtesy in permitting his team to approve the images prior to publishing. 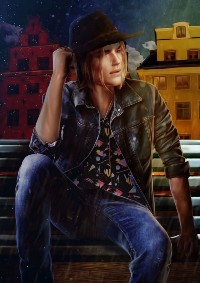 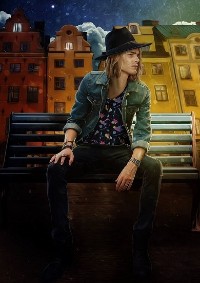 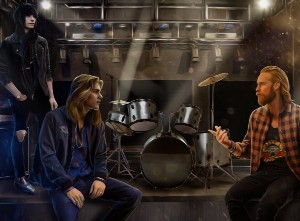 Note: If you are photosensitive please don't click to enlarge photo. There's a strange glitch I can't seem to fix that may trigger seizures. - K

ContactPress KitSupport This ProjectMental Health Resources
Classified Information
The contents of this website are a work of fiction. Any resemblance to actual persons, living or dead, or actual events is purely coincidental.
© 2021-2022 eveghost. All rights reserved.