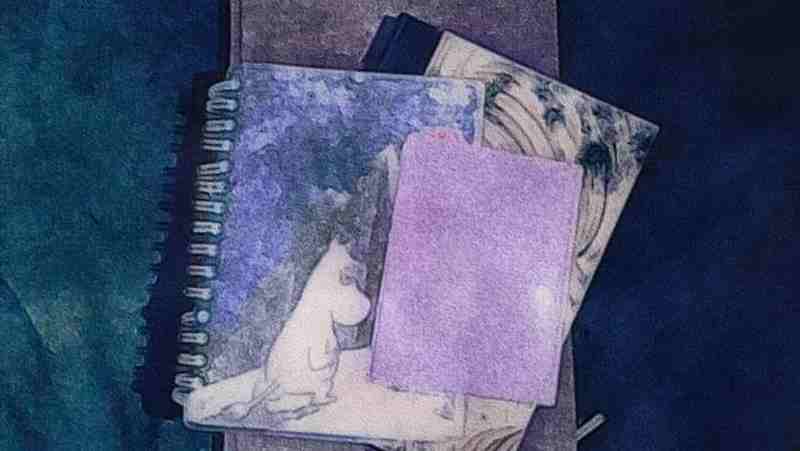 Okay. So I'm a lazy bastard.

Some of you have been asking me to publish my lyrics online for a while. I always wondered why until I realized that nobody buys physical format anymore. Otherwise you all would have them. So, in the interest of satisfying the fans, I’m slowly but surely getting around to putting them up. It’s just that I don’t want to type them all out by hand again and I can’t find the old files where I already did just that. I forget which pile of old harddrives they’re languishing in. Kåre the computer geek is aghast at my file management skills. Or rather, lack thereof!

Those lyrics, though? They’re all right here in these notebooks, in my original illegible scrawl. That's what I like about physical objects, they're less prone to disappearing into the digital ether. But scanning these is about as good as not having the lyrics at all. Why, you ask? Because even I have a hard time deciphering the shit I write.

Anyway, this entire rant was just because I thought I should say something in case someone wondered why there’s only a smattering of lyrics up at the current moment. Or...perhaps I’m simply giving you all something to look forward to?