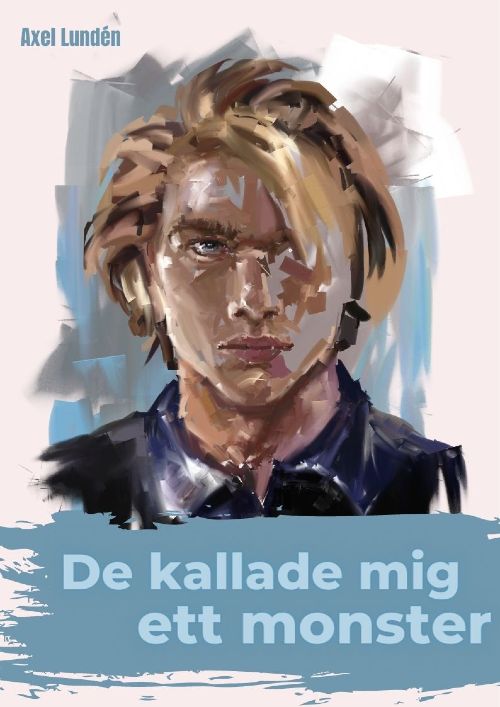 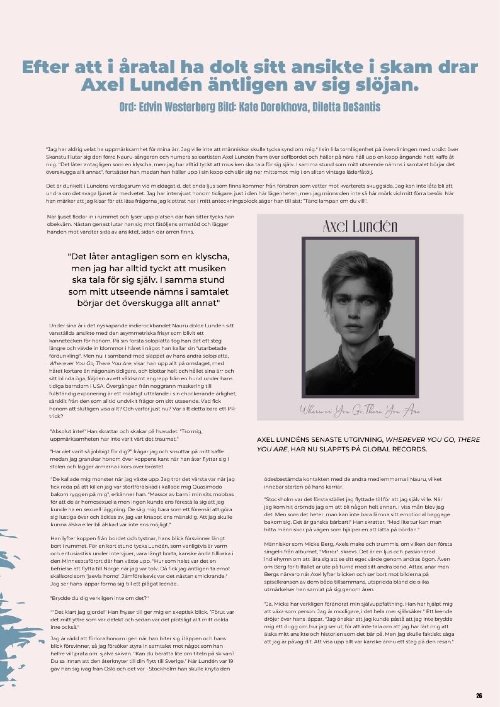 Somethings are hidden for a reason. Baring all did not bring strength. It very nearly broke me. (At least until my hair grew out.) This article says it all and simultaneously says nothing. Enjoy.

Translated text (download the PDF via the link under the translation to read in Swedish):

“They called me a monster” - After years of concealing his face in shame, Axel Lundén finally draws back the veil

“I’ve never wanted the focus to be on my scars. I didn’t want people to take pity on me.” In his turreted top-floor flat overlooking Skanstull, ex-Nauru vocalist and now solo-artist Axel Lundén leans across the coffee table and pours a stream of steaming hot coffee into my cup at close range. “It probably sounds like a cliché, but I’ve always wanted to let the music speak for itself. The moment my appearance becomes part of the discussion, I find it has a tendency to drown out everything else,” he continues as he pours himself a cup and then plops down across from me on a worn, vintage leather /a/armchair.

Lundén’s living room is dimly lit at midday, the only light source being the windows facing the shadow side of the block. I can’t help but wonder if the lack of light is intentional. I’ve interviewed him before, in this very apartment, but I don’t remember it being this darck on my previous visit. 9Noticing that I’m squinting to read the questions I jotted down in my notebook, he at last offers, “You can turn on the lamp if you like.”

As the light floods the room and illuminates the area where he sits, he appears uncomfortable. Almost immediately, he leans against the armrest of his chair, cradling the left side of his face, the side with the scars, in his hand.

During his years in the seminal indie rock band Nauru, Lundén kept his disfigurement obscured by his signature asymmetrical hairstyle. By his first solo LP, he took it one step further, weaving flowers into his hair in what he calls his ‘elaborate obfuscation’. But now, with the release of his second solo album, Wherever You Go, There You Are, he bears all on its cover, his hair shorn shorter than ever before, fully revealing his scars and blind eye, the result of a brutal dog attack during his early childhood in the U.S. The transition from careful coverup to full exposure makes a powerful statement in its shocking honesty, especially from one who has always dodged questions about his appearance. What was it that finally convinced him to bare all? And why now? Was this all a publicity stunt?

“Absolutely not!” He chuckles, shaking his head. “Trust me, the attention hasn’t been worth the trauma.”

“Has it been that diifficult for you?” I ask, sipping my ccoffee but observing him over the rim of the cup as he shifts in his seat again and folds his arms across his chest.

“They called me a monster growing up. I think the worst thing was finding out that the kid I had a massive crush on called me Quasimodo behind my back,” he reveals. “A lot of kids like me are bullied for being gay, but nobody could even fathom that I could have a sexuality. To them, I was only an object of ridicule and disgust; I was barely human. That I could love or be loved was a non-issue.”

He takes up his coffee from the side table and falls silent, his eyes drifting to the far corner. Momentarily, Lundén, who is usually warm and engaged during interviews, seems miles away, perhaps all the way back in the Minnesota suburb where he grew up. “Anyway, it was a relief to move to Norway when I was twelve. Then I finally got treated to slurs like ‘jjaevla h8mO. It was almost flattering by comparison.” I see his lips fold into a pained smile.

“You really didn’t mind that?”

“Of course I minded!” He gives a quiet snort and shoots me an incredulous look. “Before it was my exterior that was defective and then suddenly, it was everything I kept hidden as well.”

Fearing I’m losing him again as he bites his lip and his eyes dart away, I attempt to steer the conversation toward something he’s more keen on talking about: the record itself. “Can you tell me about the title of the record? You’ve said before that it harkens back to your relocation to Sweden.” When he was 19, Lundén departed from Oslo and it was in Stockholm that he would make his fated connection with the other members of Nauru, launching his career.

“Stockholm was the first place I’d moved of my own volition. When I came here, I had dreams of becoming someone else entirely. To some degree, I did. But as the saying implies, you don’t just leave your emotional baggage behind. It’s quite portable!” he laughs. “If you’re lucky, you find people along the way who help you lighten the load.”

People like Micke Berg, Axel’s husband and drummer, about whom the first single from the album, “Mirror”, was written. It’s a bright and impassioned indie anthem about learning to see one’s worth through the eyes of another. Although currently away on tour with his other band, Attax, Berg’s presence is felt as Axel’s eyes lift to the pictures on the mantle of the two of them together, scattered amongst the various awards he’s accumulated over the years.

“Yeah, Micke has made a vast difference in my self-perception. He’s helped me grow as a person. I’m bolder, I’m generally more confident.” A smile slowly crosses his lips. “I wish I could claim I was completely indifferent to the way I look, let alone that I’ve learned to love my face and the story it tells. But I would say that I’m getting there. Perhaps putting it all out there was another step on that journey.”

Axel Lundén’s latest release, Wherever You Go, There You Are, is out now on Global Records.