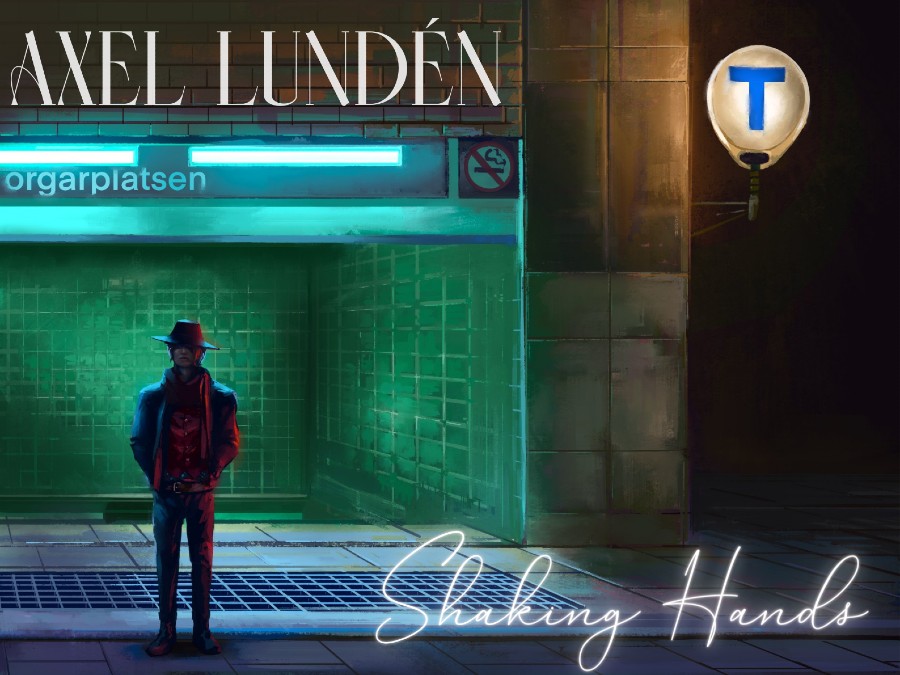 So this was one that was used for promotion at record shops. We also sold a version of it at the shows. I think the full image is nice, which is why I've chosen to share this, as it was cropped for the album cover. I occasionally get asked why the album is called Shaking Hands. One can shake hands in greeting, or one's hands can shake for other reasons, like from fear, for example. The location itself is a clue, but I'll let you draw your own conclusions.